Filed under: News , UFC , Videos When he entered the octagon at UFC 153, Lyoto Machida had fought nine consecutive times without picking up a submission victory. Battling Rick Story (19-9 UFC, 12-7 UFC) in a welterweight contest, Maia (23-6 MMA, 17-6 UFC) was quick to put the fight on the floor. He scored an early takedown and worked to take the back, though Story battled his way to his feet. After a second takedown, Story wasn’t so lucky. Maia moved to the back and began to fish for a rear-naked choke. Eventually, he settled for a nasty neck crank that drew blood from Story’s nose before the American was forced to tap out at the 2:30 mark of Round 1. 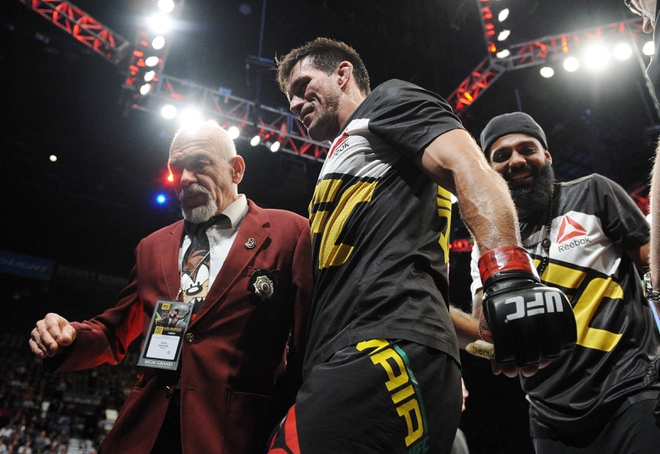 Previous Post
« Ahead of UFC debut, Brazil’s Felipe Silva excited for shot in MMA’s ‘World Cup’
Next Post
Video: Watch ‘Cyborg’ and Lina Lansberg face off prior to UFC Fight Night 95 ticket sales »
Welcome to BAD MMA – The origins of combat™
The BADDEST brand on the planet™
© 2009-2022 BADMMA.COM
All Rights Reserved.
The BAD MMA™ trademark, logos, slogans, and website
are the property of Funky Bacteria Productions
© 2009-2022 Funky Bacteria Productions ™
All Rights Reserved. =)