WOW! That kick from @YMedeiros was INSANE!!!! #UFC203 https://t.co/H7agXGN4La — #UFC203 (@ufc) September 10, 2016 Yancy Medeiros kept his pace steady to start the fight with Sean Spencer . Once he turned up the pace, the fight was all his. The welterweight bout opened today’s UFC 203 event at Quicken Loans Arena in Cleveland. It streamed on UFC Fight Pass prior to the pay-per-view main card and additional prelims on FS1. After a competitive first round where Spencer (12-6 MMA, 3-5 UFC) appeared rocked by a late Medeiros (13-4 MMA, 4-4 UFC) head kick, he fell victim to the same strike early in the second. As Spencer crashed to the canvas after the kick landed, Medeiros followed him to the ground and sank in the fight-ending choke at the 0:49 mark of Round 2 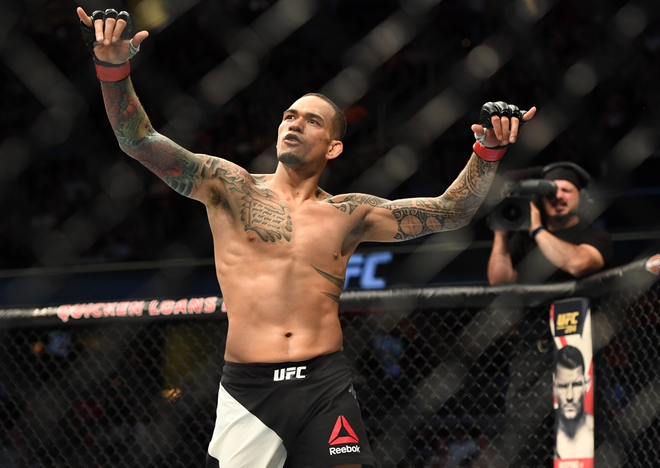