Filed under: Featured , Featured Videos , News , UFC , Videos HAMBURG, Germany – As of this past week, UFC strawweight title contender Karolina Kowalkiewicz still hasn’t heard a date for her title fight with champion Joanna Jedrzejczyk . But like the champ, Kowalkiewicz knows when she wants to fight. “Maybe New York,” Kowalkiewicz told MMAjunkie, referring to the upcoming UFC 205 event, which takes place Nov. 12. “It’s the first UFC event in New York, and this is amazing.” UFC President Dana White likes the idea of promoting the title bout as a headliner in the pair’s native country of Poland. But the ladies have something else in mind. 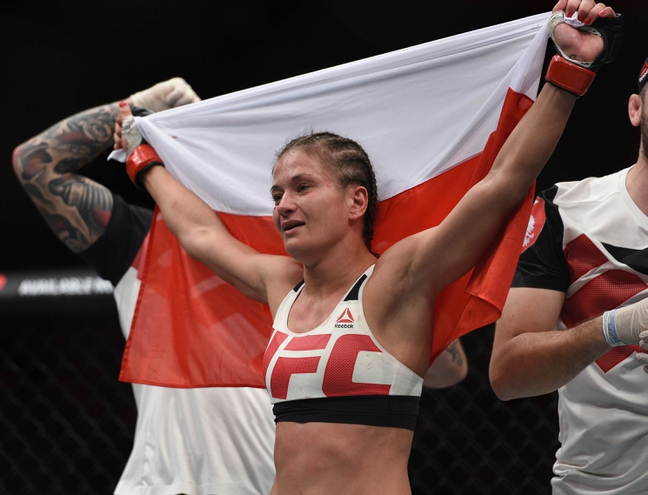