Filed under: Featured Videos , News , UFC , Videos MMA fighters vs. superheroes may not be an age-old debate, but one UFC champion has some thoughts on the fantasy battles. UFC bantamweight titleholder  Dominick Cruz spoke to our partners at Champions.co  and gave his picks on a trio of bouts between UFC stars and some of the best heroes Marvel has to offer. In the above video, Cruz (22-1 MMA, 5-0 UFC) offers his picks on Nate Diaz vs. Marvel’s blind vigilante Daredevil, former heavyweight champ Brock Lesnar vs. his green-skinned body double The Incredible Hulk, and Dan Henderson vs 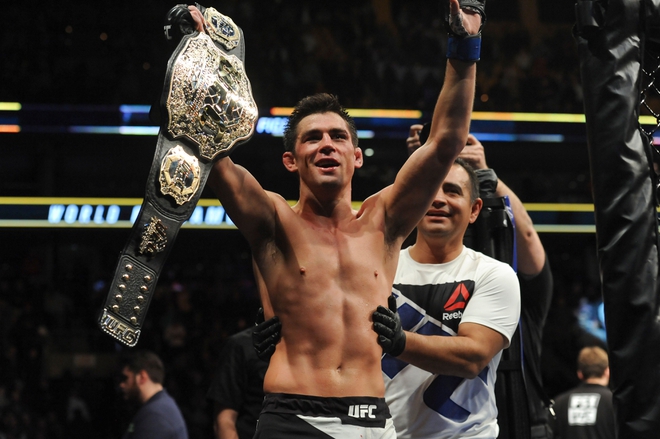