Will Brock Lesnar fight again after UFC 200? ‘This may be a teaser’

Filed under: Featured , Featured Videos , News , UFC , Videos LAS VEGAS – Former UFC heavyweight champion and WWE wrestler Brock Lesnar appeared to be in a jovial mood at today’s UFC 200 press conference, if poking fun at questions was any clue of what he considers fun. Lesnar (5-3 MMA, 4-3 UFC) rolled his eyes at reporters and didn’t say much about his upcoming fight against Mark Hunt (12-10-1 MMA, 7-4-1 UFC) at Saturday’s big pay-per-view event at Las Vegas’ T-Mobile Arena, other than he’s excited to get back into the cage and compete. As for what comes after Hunt, the No. 10 ranked fighter in the USA TODAY Sports/MMAjunkie MMA heavyweight rankings , the big man didn’t have much to say. 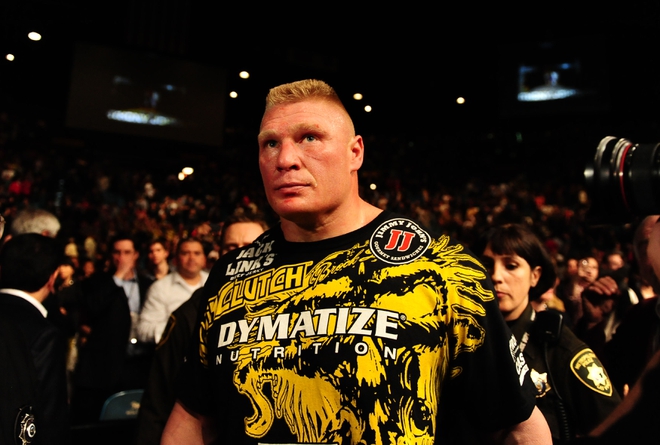 Will Brock Lesnar fight again after UFC 200? ‘This may be a teaser’ – MMA Junkie