Filed under: News With the recent cancellation of a UFC 201 bout, Saturday’s fight card has undergone some subsequent changes. UFC 201 takes place at Philips Arena in Atlanta, and the main card airs on pay-per-view following prelims on FS2 and UFC Fight Pass. As MMAjunkie reported on Thursday, Justin Scoggins (11-2 MMA, 4-2 UFC) was forced off the card due to weight-cutting issues . His bout with fellow flyweight Ian McCall (13-5-1 MMA, 2-3-1 UFC) has been pulled from the card 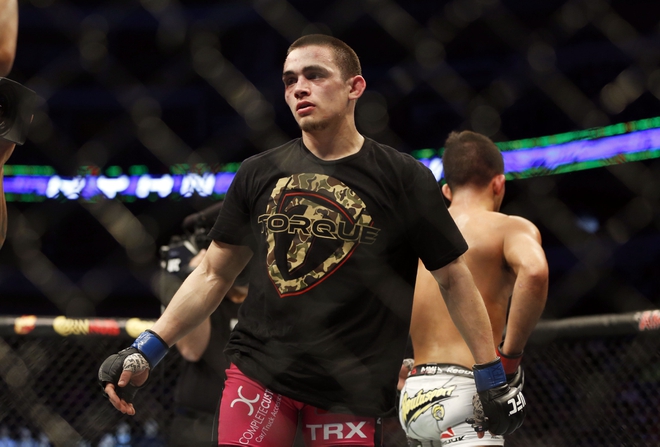