Filed under: Featured , Featured Videos , News , Radio Highlight , UFC , Videos Xtreme Couture coach Eric Nicksick was riding in the elevator that plunged three floors, which forced light heavyweight C.B. Dollaway off this past Saturday’s UFC 203 with a back injury. Several videos released on social media shows a handful of fighters and coaches joking about the incident, which took place after the pay-per-view event’s ceremonial weigh-ins at the host hotel in Cleveland. But Nicksick said it wasn’t all fun and games when the elevator doors suddenly opened and the cabin lurched up, then down – quickly. “My back’s a little tight,” he told MMAjunkie Radio on Monday, two days later 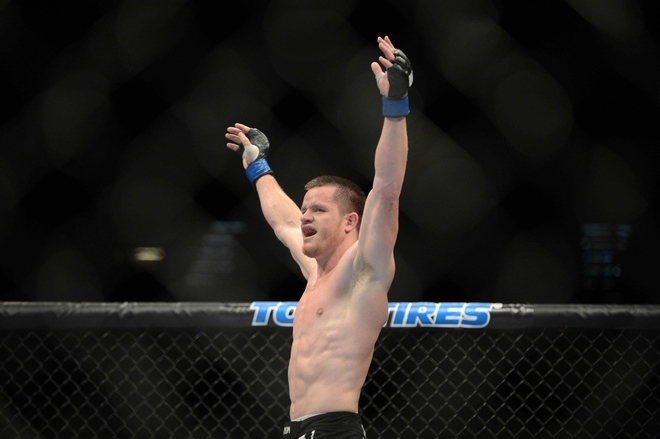 Previous Post
« After beating ‘an amateur’ in CM Punk, UFC 203 winner Mickey Gall wants ‘killers’ next
Next Post
Fabricio Werdum: Everything He Had to Say at the UFC 203 Post-Fight Presser (Video) »
Welcome to BAD MMA – The origins of combat™
The BADDEST brand on the planet™
© 2009-2022 BADMMA.COM
All Rights Reserved.
The BAD MMA™ trademark, logos, slogans, and website
are the property of Funky Bacteria Productions
© 2009-2022 Funky Bacteria Productions ™
All Rights Reserved. =)