Filed under: Featured , News , UFC , Videos The UFC heads to Cleveland on Saturday for UFC 203, and as a little gift to the denizens of that city, the main event features hometown fighter Stipe Miocic defending his heavyweight title against Alistair Overeem . Miocic has been the toast of the town since winning the belt in May, spending time with the Browns, Indians and Cavaliers since his title reign began. With the way the town has celebrated and embraced Miocic, there’s little doubt that he’ll have the majority of the crowd on his side for his first title defense. In the co-main event, Fabricio Werdum , the man Miocic defeated for the heavyweight crown, looks to get back in the title hunt when he meets Travis Browne in a rematch of their 2014 fight, which Werdum won by unanimous decision 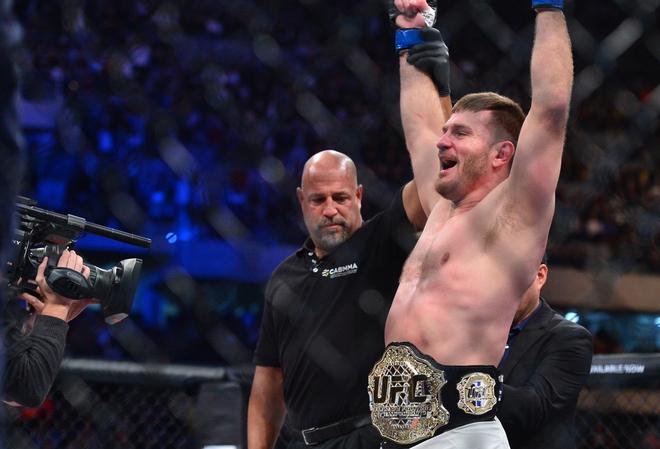 Previous Post
« UFC 203: Miocic vs. Overeem Early Weigh-in Video
Next Post
UFC 203 early weigh-in results: How much is Alistair Overeem being fined for being late to the scale? »
Welcome to BAD MMA – The origins of combat™
The BADDEST brand on the planet™
© 2009-2022 BADMMA.COM
All Rights Reserved.
The BAD MMA™ trademark, logos, slogans, and website
are the property of Funky Bacteria Productions
© 2009-2022 Funky Bacteria Productions ™
All Rights Reserved. =)