Filed under: Featured , News , UFC Conor McGregor and Nate Diaz were not expected to be chummy when they appeared at a press conference for this past month’s UFC 202. But when they started throwing water bottles, that’s when fight authorities got involved. A pair of complaints have been issued by the Nevada State Athletic Commission, which oversaw the Aug. 20 pay-per-view event at T-Mobile Arena in Las Vegas ( read the full complaint .pdf ). Related: McGregor late, Diaz walks out, sides throw bottles and cans at UFC 202 press conference The NSAC initially declined to say what would happen when McGregor (20-3 MMA, 8-1 UFC) and Diaz (19-11 MMA, 14-9 UFC) forced an early curtain on presser by hurling insults and plastic containers 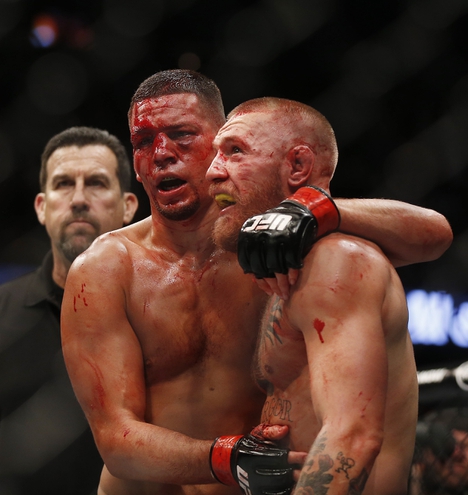