After ‘DWTS,’ UFC on FOX 21′s Paige VanZant realized: ‘I don’t make that much money’

Filed under: Featured , Featured Videos , News , UFC , Videos VANCOUVER – Paige VanZant learned a few things during her much-publicized stint on “Dancing With The Stars” earlier this year. Among those realizations was her belief she’s not compensated particularly well for her craft. VanZant (6-2 MMA, 3-1 UFC), who fights for the first time this year on Saturday at UFC on FOX 21 in a strawweight showdown with Bec Rawlings (7-4 MMA, 2-2 UFC), was surrounded by other athletes and celebrities during her “Dancing With the Stars” run, on which she was the runner-up . On top of being financially compensated for her strong run on the show, VanZant learned through interacting with fellow cast members that her rewards for stepping in the octagon aren’t as good as they could be. “12 Gauge” received $40,000 for her most recent bout , a fifth-round submission loss to Rose Namajunas at UFC Fight Night 80 in December. 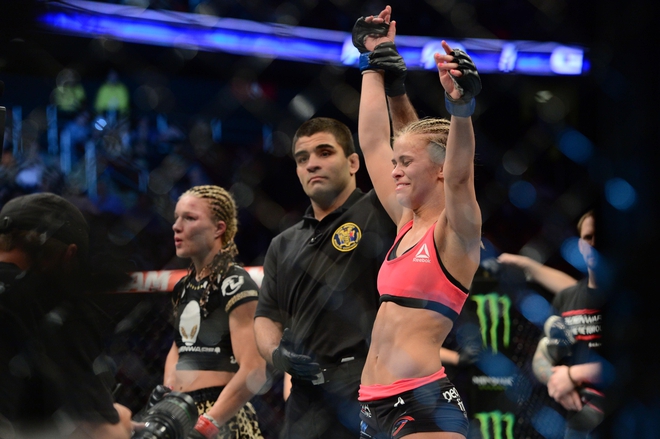