Filed under: Featured Videos , News , UFC , Videos LAS VEGAS – Half of Raquel Pennington ’s UFC fights going into UFC 202 on Saturday night have ended in a split decision. She’s come out on the winning end in just one of those contests, but she said she’s not going to allow that to happen again. Pennington (7-5 MMA, 4-2 UFC), who faces Elizabeth Phillips (5-3 MMA, 1-2 UFC) in a women’s bantamweight affair on the FS1-televised preliminary card of UFC 202 prior to the pay-per-view main card at T-Mobile Arena in Las Vegas, said she’s “done with judges” and plans to finish her opponent by knockout or submission within two rounds. “I don’t see this being a close fight,” Pennington told MMAjunkie 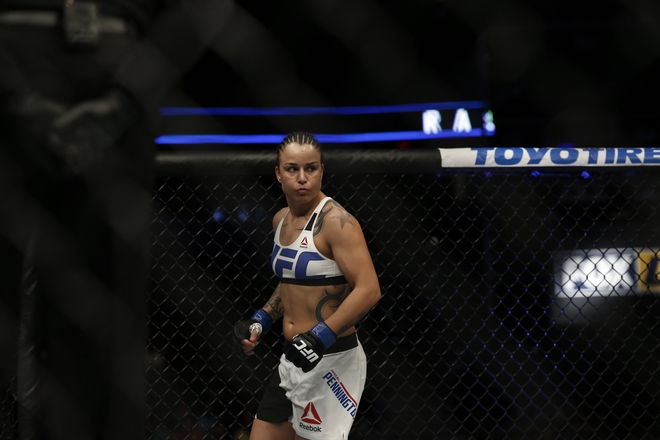