Filed under: News , UFC For the first time in the history of “The Ultimate Fighter,” two opposing coaches off will face off for a title on the finale card where their team members fight for a UFC contract. Friday’s The Ultimate Fighter 23 Finale at Las Vegas’ MGM Grand Garden Arena sees Joanna Jedrzejczyk (11-0 MMA, 5-0 UFC) put her strawweight title up for grabs in a rematch with longtime rival Claudia Gadelha (13-1 MMA, 2-1 UFC). It’s a rematch of a December 2014 bout that Jedrzejczyk won by controversial split decision 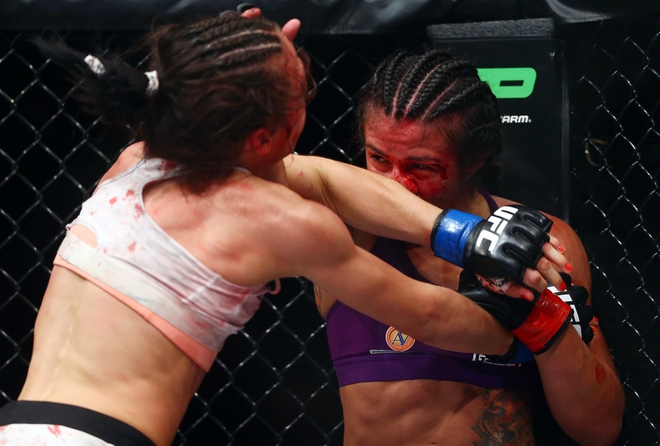