Filed under: Featured , News , UFC Watching video of Jon Jones speak to members of the media in Los Angeles last Tuesday, I was struck by a powerful moment of deja vu. Jones (22-1 MMA, 16-1 UFC), looking calm and composed ahead of his rematch with light-heavyweight champion Daniel Cormier  (17-1 MMA, 5-1 UFC) in Saturday’s UFC 200 pay-per-view headliner, was asked about the potential for a third fight with his bitter rival if he should happen to lose the second. Not surprisingly, Jones replied that he didn’t plan on losing to the man he’s already beaten once. He even managed to slip in the claim that he’s never lost a fight, which is technically untrue while being, come on, basically true. Then he said this: “I am aware that I think ‘D.C.’ has a lot of pressure on him. After I win this second fight, he’s over 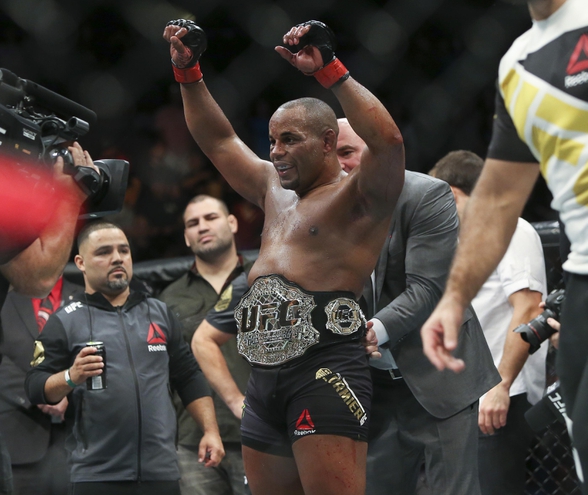