Filed under: News , UFC , Videos Anthony Pettis ’ move to featherweight appears to have paid off after a surprising guillotine choke submission of Charles Oliveira in his first trip to 145 pounds. The featherweight bout was the co-main event of the UFC on FOX 21 event at Rogers Arena in Vancouver. It aired on FOX following prelims on FOX and UFC Fight Pass. Related: UFC on FOX 21 results: Anthony Pettis shocks Charles Oliveira with third-round guillotine choke Pettis (19-5 MMA, 6-4 UFC) came close to knocking out Oliveira (21-6 MMA, 9-6 UFC) in the first round, but fatigued himself in his attempts to put his foe away. Oliveira came back strong with takedowns and a strong ground game in the second. 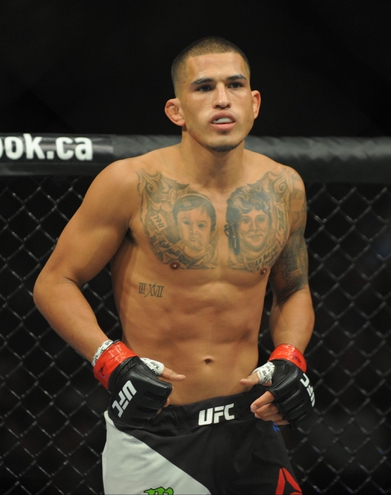