After second straight loss, Holly Holm says she doesn’t want to go down as one-hit wonder

Holly Holm ’s loss to Valentina Shevchenko in Saturday’s UFC on FOX 20 headliner may have caused some discouragement about her future in the public eye. What it didn’t do, however, is discourage Holm herself. Holm (10-2 MMA, 3-2 UFC) suffered a second straight loss for the first time in her combat sports career over the weekend when Shevchenko (13-2 MMA, 2-1 UFC) outpointed her for a unanimous decision in the FOX-televised main event at United Center in Chicago. It was the third five-round fight in a nine-month span for “The Preacher’s Daughter.” She pulled off the unforgettable upset of Ronda Rousey at UFC 193 in November to capture the UFC women’s bantamweight title and returned just four months later to attempt to defend the gold against Miesha Tate at UFC 196 in March. Holm was doing well in the fight against Tate before she slipped up in the fifth round and was caught in a fight-ending submission that ended her short reign as 135-pound champion 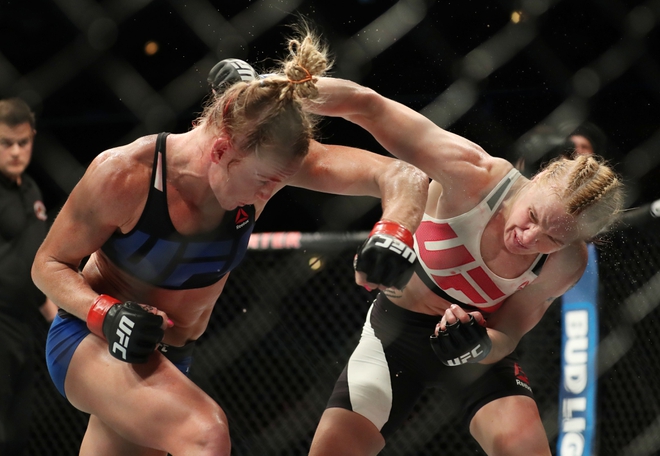