Filed under: Featured Videos , News , UFC , Videos CHICAGO – After a pretty rough stretch of more than two years that had him pondering his future as a fighter, Eddie Wineland was badly in need of a win on Saturday. The former WEC champ and former UFC title challenger got it – and not only cemented in his mind that he still has what it takes to compete, but that he still can produce some results that could be life-altering. Wineland (22-11-1 MMA, 4-5 UFC) on Saturday closed out the preliminary card at UFC on FOX 20 with a third-round TKO of Frankie Saenz (11-4 MMA, 3-2 UFC). The stoppage came on a night filled with fights that went the distance, and that helped Wineland pick up a $50,000 bonus check for one of the two “Performance of the Night” awards. UFC on FOX 20 took place at United Center in Chicago 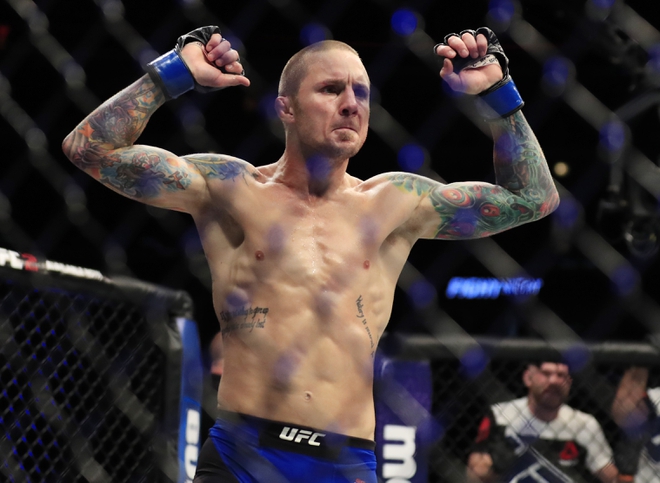