The best UFC photos from November: Don’t say we didn’t warn you about the graphic and bloody images

Filed under: Featured , Featured Videos , News , UFC , Videos We’re just two days away from the UFC’s final event of 2016. It’s been a busy year, to be certain, and there won’t be much time to rest before 2017’s slate of cards starts up. With December drawing to a close, it’s time to take a look back at the 40 best UFC photos from November and its five cards: UFC Fight Night 98 in Mexico City, UFC 205 in New York, UFC Fight Night 99 in Belfast, UFC Fight Night 100 in Sao Paulo and UFC Fight Night 101 in Melbourne. In October, we spent 10 days chronicling the year’s best UFC photos in a month-by-month look back. Make sure you get caught up on the year in pictures with the links below for the full galleries, and the videos below for the best of the best. Then stay tuned in early January for a look back at the best photos from December – as well as the best of the best from the entire year 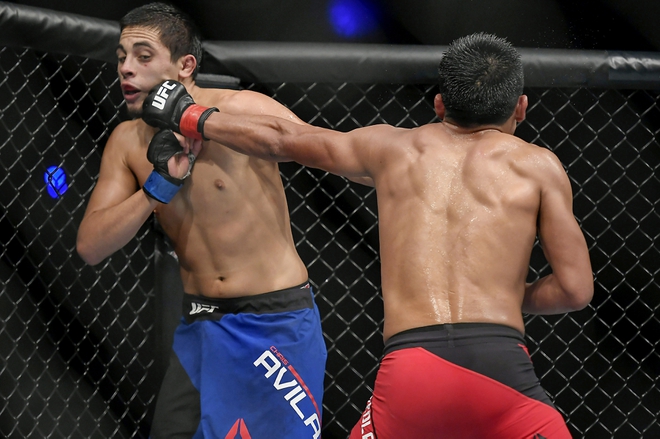 The best UFC photos from November: Don’t say we didn’t warn you about the graphic and bloody images – MMA Junkie