Filed under: Featured Videos , News , UFC , Videos MELBOURNE, Australia – Andrew Holbrook knew he was a big underdog coming into his fight against Jake Matthews. But the lightweight was neither surprised nor bothered by his position. So much that he took no particular satisfaction in silencing the Melbourne crowd as he took the split-decision nod over Matthews, an Australian prospect who entered the fight as much as a 6-1 favorite 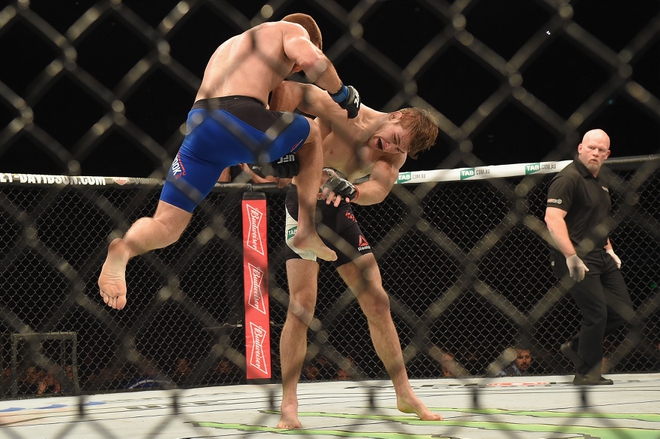 Previous Post
« Stripping Conor McGregor of his UFC featherweight title makes some sense – but not like this
Next Post
Joe Silva’s Shoes: What’s next for Robert Whittaker and UFC Fight Night 101′s other winning fighters? »
Welcome to BAD MMA – The origins of combat™
The BADDEST brand on the planet™
© 2009-2021 BADMMA.COM
All Rights Reserved.
The BAD MMA™ trademark, logos, slogans, and website
are the property of Funky Bacteria Productions
© 2009-2021 Funky Bacteria Productions ™
All Rights Reserved. =)